We'll shortly be changing our terms and conditions, and will be introducing cookies. Only simple ones. Read about it here

Each day during Advent we'll post a new clue on our home page (here). The first letter of each answer is a different letter of the alphabet - in ascending order - and each of the clues lead to a Christmas-related answer. 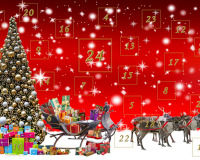 A promotion is an 'ad(vertisement)'; + 'vent' = opening. Advent is the time leading up to Christmas 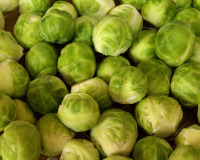 Brussels is the capital of Belgium. Shoots 'sprout' from plants. And yes, officially the vegetable is a 'Brussels sprout', not a 'Brussel sprout'. You'll find it on many Christmas dinner plates 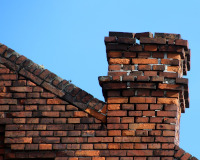 Chimney
Clue: My niche, tidied up, creates an access channel for presents?

'Chimney' is an anagram (a 'tidied up' version) of 'my niche'. Santa, of course, traditionally comes down the chimney 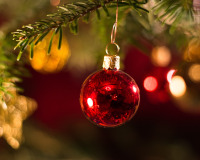 Decorations
Clue: Are this month's speeches hung up?

Decorations are an integral part of the Christmas season - yours may not be up yet, but shops, streets and other public places are full of them! 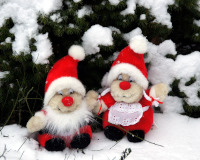 Elves
Clue: Santa's helpers are in to be seen in steel vests

The word 'elves' is hidden in the words 'steEL VESts'; Santa's helpers are elves - in fact, he is often said to be one himself 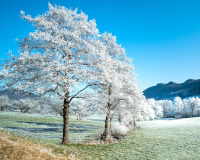 Frost (depicted on many Christmas cards) comes in various types, including 'rime', 'hoar' (now called 'radiation') and 'advection' frost. Sometimes it looks like 'snow'; sometimes it's effectively frozen dew. The word is made up of the first letters of the first five words of the clue! 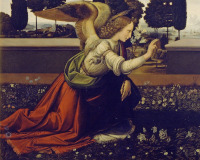 Gabriel
Clue: Could grail be resolved for this angelic visitor?

Gabriel visited the Virgin Mary to tell her that she was to have a baby; Gabriel is an anagram of 'be grail' 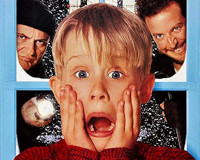 Home Alone
Clue: In with no one else? That's the stuff of movies!

'Home Alone' is an iconic 1990 Christmas movie (set at Christmas, rather than dealing with a Christmas theme). 'In' means '(at) home'; if no else is there you're 'alone' 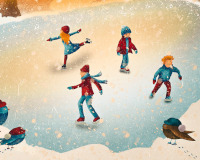 Ice skating
Clue: Olympic sport which, when it's dodgy, can involve runner on thinly frozen water

Ice skating is a Winter Olympic sport, of course - one of the Blue Riband events. If your 'skating on thin ice' you might be behaving in a dodgy manner; ice skates have runners and ice is, of course, frozen water

We will reveal today's answer tomorrow. If you haven't worked it out yet, why not do so now by visiting our home page?

That's it. All done for the day.

Now you can put your feet up, take it easy, and wait for us to come up with some more puzzles tomorrow!